Rosa Parks: The Making of a Civil Rights Legend 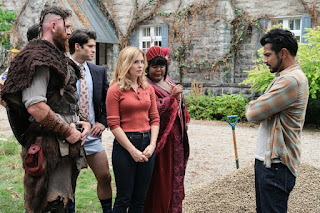 I have personally not watched the original British series, so I walked into this adaptation without any major expectations beyond it being another ensemble sitcom, with a fantasy twist. That, alone, had me intrigued, but the ensemble cast is absolutely what kept me coming back week after week. Mclver and Ambudkar have amazing chemistry together, and they bounce off one another spectacularly. Their dynamic is consistently entertaining, especially as Jay bonds with one of the ghosts (Pete) through Sam. Mclver definitely carries a huge portion of the show early on, juggling a new bond with a bunch of ghosts, including the ones in the basement who died of cholera. The rest of the cast is just as impressive, most notably Brandon Scott Jones as Isaac, who slowly starts to come to terms with his sexuality as the season progresses, Rebecca Wisocky as Hetty, Devan Chandler Long as Thorfinn, and more. 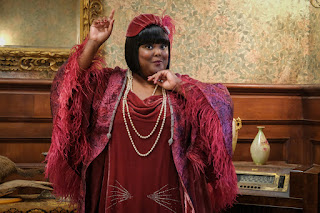 Ghosts manages to juggle at least two major storylines per episode, but it is most impressive when it focuses on a ghost’s background while also delivering heartwarming, sometimes tear-inducing, scenes. One example is when the show digs deeper into Alberta’s cause of death. Danielle Pinnock plays this character to near perfection, portraying a jazz singer who is determined that she was poisoned to death, and later finds herself bonding with Hetty over the injustices and difficulties women, especially women of color, have when it comes to voting in elections. It’s powerful when sitcoms provide a lens to important issues that deliver a message that is equally subtle and much-needed.

Even more surprising is how emotional Ghosts manages to get in the span of one season. In the sixth episode, titled “Pete’s Wife”, and thanks to social media, Pete finds out that his wife and best friend were having an affair and are now married. While the episode spends its runtime on his anger and frustration over the betrayal, it ends with Pete finding out that his daughter named his grandson after him. It’s a touching moment that is unexpected for a show that is typically witty and sarcastic in nature, but Richie Moriarty’s performance, particularly as he starts tearing up when he comes across his grandson, is beautiful and gut-wrenching. I love when comedy shows go the extra mile. 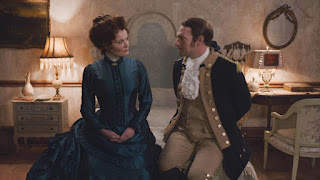 Speaking of going the extra mile, I was beyond the moon over Isaac’s entire arc this season. As a gay guy myself, it was excruciating watching him stay closeted and struggle with his feelings towards Nigel, a British soldier ghost who stays in the shed next doors, but their relationship blossoms beautifully over the course of 18 episodes. One particular highlight that takes place in episode 15, titled “Thorapy”, sees Isaac finally coming out to Hetty, a conversation that magnificently encapsulates what it is like to come out for the first time. His delivery of the line “I don’t know why this has been so hard for me, and I guess I just felt that if I ever spoke of these matters out loud, it would mean that everything that came before was a lie” still haunts me to this day. Just beautiful. 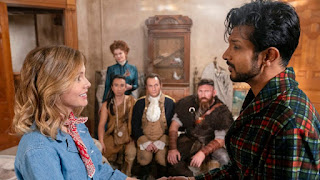 Overall, Ghosts is a fantastic new comedy well-deserving of winning the 2022 SpoilerTV Awards for Favorite Network Comedy (although Abbott Elementary is a very close second for me). It very much needs your attention, especially if you are looking for a comfort TV show with an impeccable cast and a little bit of fantasy. What do you expect from the show’s sophomore season? Are you still rooting for Isaac/Nigel? Will Jay ever be able to see/hear the ghosts anytime soon or do you think Sam will continue to be the only ghost whisperer? Sound off your thoughts in the comments below!

A Hank Williams itinerary in Alabama