Grappling with the sacred in Juneteenth’s celebration of freedom


(RNS) — “To be completely honest, as a Black man in America, I’d never heard of Juneteenth until 2011,” Eric Patrick, an assistant pastor at Rockpointe Church, in Flower Mound, Texas, wrote two years ago on a church blog post explaining the holiday.

“Even though it represents the day that my ancestors were actually set free, I’d never been taught about it in school nor in my upbringing and if I was, it was illustrated as an afterthought, Patrick wrote to his mostly white congregation, adding, “This is how many Black people feel today, like an afterthought.”

A year later on June 17, 2021, as the country was still reeling from the national protests that followed the murder of George Floyd by a Minneapolis police officer, Juneteenth National Independence Day became a federal holiday. But with the bill signed just two days before the holiday, many Americans were unprepared to celebrate and unsure how.

RELATED: James Forbes’ ode to Juneteenth calls on Americans to embrace the promise of freedom

Juneteenth, a shortening of “June 19,” commemorates the day in 1865 when a Union Army general, Gordon Granger, informed the enslaved population of Galveston, Texas, one of the last places to be pacified after the Civil War, that they were free. “This involves an absolute equality of personal rights and rights of property, between former masters and slaves,” he told them, reading from General Order Number 3.

A state holiday in Texas since 1980, Juneteenth was on only eight states‘ official holiday calendars before the federal designation, with another nine adding it since last year. Historically Juneteenth celebrations have often been casual affairs — picnics in public parks or family gatherings, sometimes a special service at church.

Faith leaders have long marked the holiday with interfaith marches and special church services, especially in Texas. The historic Avenue L Missionary Baptist Church, one of the oldest Black churches in the state, will again this June uphold a150-year legacy of honoring Black liberty with guest speakers and choirs, according to church’s pastor, Donnell A. Johnson.

“The truth rocked the city of Galveston with that declaration of freedom that African American men and women were free,” Johnson said. “It’s important for our generation to know our history.”

But elsewhere in Texas and across the country, many faith leaders reached by Religion News Service this week said they planned to celebrate the holiday with their civic communities.

“There will be a spiritual connection to open it, but the event will be more kind of upbeat and festive,” said the church’s pastoral care minister, the Rev. Willie J. Harper.

With Juneteenth falling on Sunday this year, Christians especially are taking the opportunity to frame the day as sacred. Denominational leaders have sent out resource guides with appropriate prayers and readings, and preachers are taking on Juneteenth as a sermon theme. 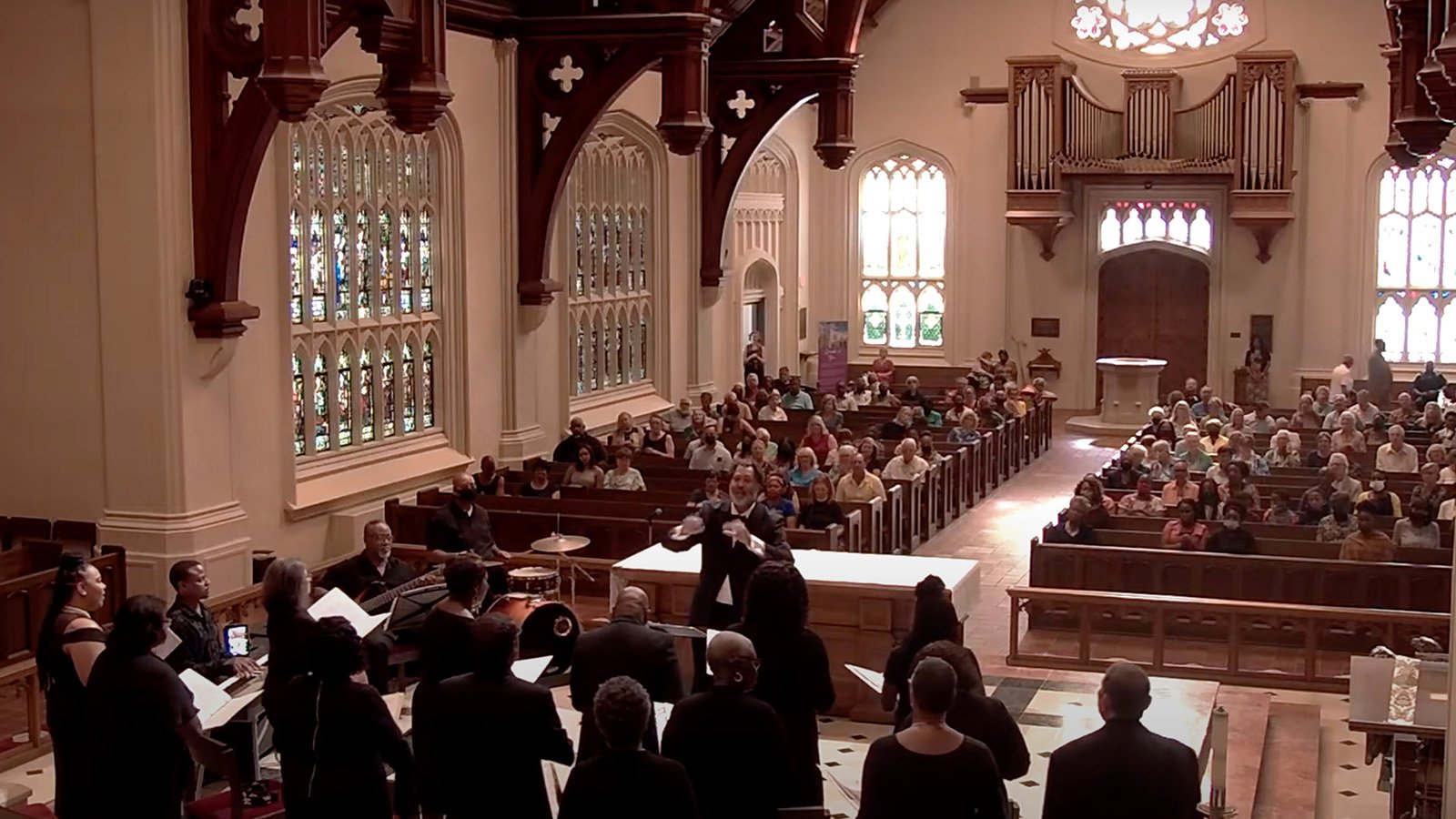 But even where churches are holding sacred celebrations this weekend, many are inviting the public in. On Saturday in Jacksonville Florida, at St. John’s Episcopal Cathedral, the Jacksonville Gospel Chorale sang the Mass of St. Cyprian, in an extension of the cathedral’s work on racial reconciliation with the Union of Black Episcopalians and St. Philip’s, a local historically Black church.

“Instead of having a picnic or parade, we thought that this Mass would show the joy and the sacredness of Juneteenth,” said Alma Flowers, president of the Sidney B. Parker chapter of the Union of Black Episcopalians.

But Flowers said they designed the service for people of any faith or none. “We’ve wanted a service with nothing but music,” she said, with “no communion, because we don’t want anyone to feel left out.”

Eric Patrick, who blogged about his own evolution with Juneteenth after moving to Texas a decade ago, will lead a Juneteenth prayer block at one of Rockpointe’s campuses on Sunday. In an interview with RNS, Patrick said he had asked himself, now that Juneteenth has been elevated to a federal holiday, “How do we start this off right?”

Patrick said he planned to talk in his reflection about the parallel between Jesus and General Granger, who was sent to tell an oppressed people about their freedom.

But he is also conscious of how a mostly white church and the country at large might expand the aspiration of equality in General Order Number 3 beyond Juneteenth.

Noting that pastors don’t talk only about the sacredness of marriage on Valentine’s Day, he said it was important to make racial equity a daily concern of the church. “How,” he asked, “do we make it part of our DNA?”

State Department blacklists are only one tool to foster international religious…

Some churches leave UMC through formal process; others are suing