Kenneth Graham selected as next director of NOAA’s National…

Wimbledon: Rafael Nadal motors through to a date with Taylor… 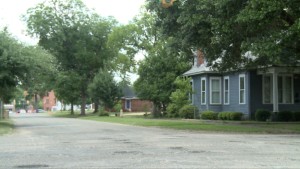 Two fourteen year old juveniles are in police custody — after a Tuesday morning shooting in Selma.

Chief Kenta Fulford says the teens were walking near Furniss Avenue and Lauderdale Street — when a dog came running at them.

Fulford says one teen pulled out a gun and fired several shots — killing the dog.

In addition, the dog’s owner who was trying to get the dog — was shot in the arm.

The shooting remains under investigation.