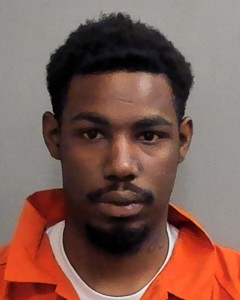 Montgomery police have arrested a man in a homicide investigation.

Police say 24-year-old Montereo Mayes-Jackson of Montgomery has been charged with murder in the death of 38-year-old Ernest Merriweather of Montgomery.

Police say Merriweather was found shot in the 4300 block of Longleaf Drive at about 4:30 p.m. Saturday and was pronounced dead. That’s just off Old Hayneville Road.

Police say the circumstances surrounding this shooting remain under investigation. They have released no other information.

If you have a tip to help investigators, call Central Alabama CrimeStoppers at (334) 215-STOP.

#LAMH: Arionne Curry is STRESSED Out WHILE Melody & Martell Holt on Vacation "So Messy"

5 Things To Know About The Oil Heir – Hollywood Life

Check out this listing in Jacksonville Alabama. #alabamarealestate #shorts