Part of Old Highway 431 to close for sewer upgrades |…


ANAHEIM, Calif. (RNS) — One of the nation’s best-known pastors made a surprise visit to the floor of the annual meeting of the Southern Baptist Convention.

Rick Warren, author of “The Purpose Driven Life” and pastor of Saddleback Church — one of the denomination’s largest churches — told delegates from local churches, known as messengers, that he was grateful for the SBC.

“I love Southern Baptists,” he said.

He then urged Southern Baptists to set aside their differences and work together to spread the gospel around the world. Warren also said Baptists are able to overcome all kinds of theological differences and still cooperate.

“As Western culture becomes more dark, more evil, more secular, we have to decide: Are we going to treat each other as allies or not?” he said.

Warren’s appeal came as members of the nation’s largest Protestant denomination were considering expelling Saddleback for violating a ban on woman pastors. While Saddleback does not use the word “Baptist” in its name, the church is affiliated with the 13.7 million-member SBC. Warren started the Southern California church in 1980 after graduating from Southwestern Baptist Theological Seminary. The bestselling author spoke at the SBC Pastors’ Conference in 2011.

In May 2021, the church ordained Liz Puffer, Cynthia Petty and Katie Edwards as staff pastors. That move put Saddleback in the middle of a divide over the SBC’s statement of faith, which restricts the office of pastor to men. Some Southern Baptists say that ban on women pastors only applies to the senior pastor of a church. Others, like Southern Baptist Theological Seminary President Al Mohler, say no woman should serve as a pastor in any capacity.

The issue of women pastors and women preachers caused a national debate in 2020, after Bible teacher Beth Moore tweeted about speaking at a church on Mother’s Day. That led to claims that women preachers were invading the SBC, which remains an issue for critics of SBC leadership like Florida pastor Tom Ascol, a leading candidate for SBC president. Moore would eventually leave the denomination in part because she said the uproar over women preaching was overshadowing the SBC’s abuse crisis. People pray over three women during an ordination at Saddleback Church in May 2021. Screen grab via Saddleback

Raising the stakes, Saddleback also recently announced Warren would retire this fall and Andy and Stacie Wood, who pastor a Silicon Valley church, would succeed him. Andy Wood is currently lead pastor at Echo Church, a multisite church, while Stacie Wood serves as a teaching pastor. They would have the same roles at Saddleback.

Mohler told Religion News Service in 2021 that ordaining a woman pastor violates Baptist and biblical teaching: “Saddleback has taken actions that place itself in direct conflict with the stated doctrines of the Southern Baptist Convention.”

Last year, Shad Tibbs, pastor of Fellowship Baptist Church in Trout, Louisiana, called on the SBC to “break fellowship” with Saddleback and any other church that has women pastors. That request, made at the SBC’s 2021 annual meeting in Nashville, Tennessee, was referred to the credentials committee, which is charged with deciding whether or not churches are in “friendly cooperation” with the SBC.

RELATED: Saddleback Church’s ordination of women pastors to be considered by SBC committee

Earlier Tuesday, Linda Cooper, chair of the credentials committee, told messengers that the committee was not yet ready to make a recommendation about Saddleback, given that Southern Baptists disagree about whether the ban applies to the lead or senior pastor of a church — or to any staff member at a church being called a pastor.

“The Credentials Committee has found little information evidencing the Convention’s beliefs regarding the use of the ‘title of pastor’ for staff positions with different responsibility and authority than that of the lead pastor,” the committee said in its report.

Instead, the committee recommended creating a study group to look at the issue.

That met with immediate opposition from Mohler, who said a study committee was not needed. Mohler served on the committee that revised the SBC statement of faith to include the ban on women pastors and said Southern Baptists know what the word “pastor” means.

“We do not need another committee, although well-intended, to speak to this issue for our church or for this convention,” he said. “We have a book that has already spoken to it. ”

Adam Greenway, president of Southwestern Baptist Theological Seminary, proposed amending the committee’s recommendation to have a broader study about how closely churches need to follow the SBC statement of faith. After a break, that amendment was defeated. 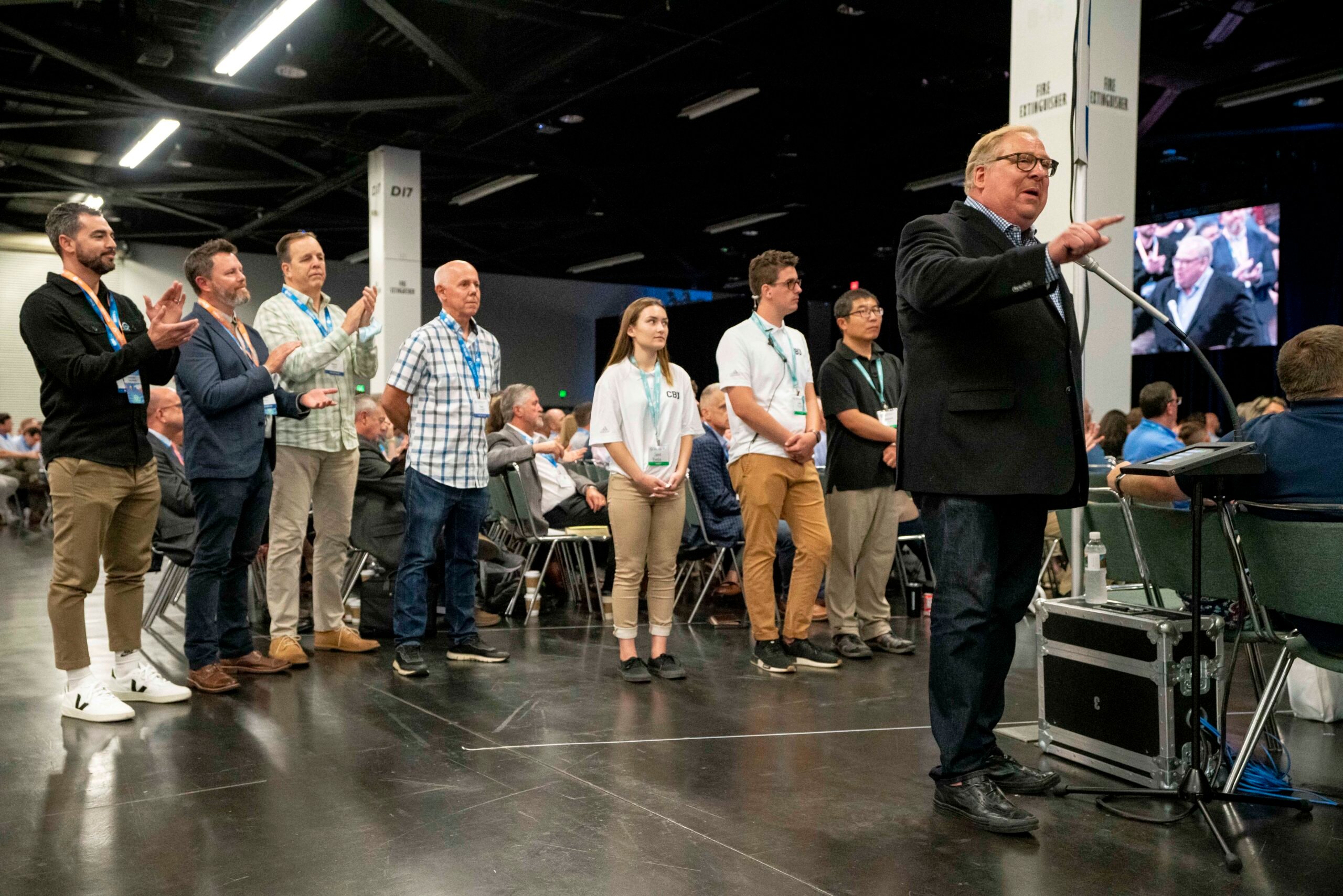 Before he left the floor, Warren challenged messengers to focus on finishing the Great Commission — Jesus’ command to spread the gospel around the world. Warren plans to spend his post-Saddleback years working with the Finishing the Task Network, which hopes to expand missionary work.

Don’t Think Too Much –

As Pennsylvania’s ‘Bible belt’ evolves, clergy look to one another…

Buying Starbucks with gold? A Halal investing app is making it possible.