We’ve got fireworks, food, fun and bowling to ring in…

LONG HAUL VLOG 2021: WASHINGTON TO ALABAMA | A START OF OUR…

After Roe’s fall, Black churches support some or all reproductive health options


(RNS) — For Evangelist Lesley W. Monet, the week since the fall of Roe v. Wade has been a time of praise and preparation.

For Dr. Miriam Burnett, it has been a time of protest and preparation.

Monet, international director of the Church of God in Christ’s Family Life Campaign, recently moved to Tennessee, where the predominantly Black Pentecostal denomination plans to turn a former Catholic monastery into a facility that, among other things, will offer pre-natal and post-natal care in a state where maternal and infant mortality for Black women is high.

The Kingdom World Missions Center, imagined well before the Dobbs v. Jackson Women’s Health Organization ruling, will continue the denomination’s yearslong commitment to urging women not to choose abortion by providing financial help for food and housing, along with baby showers and encouragement after the births of unexpected children. 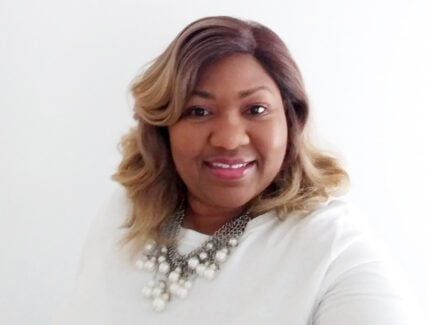 “It helps us to help women from this court case,” Monet said. “It’s going to be fantastic.”

The center, which is being renovated over the next few months, has only become more urgent, she said. “I’m just praying that we get this off of the ground … because women need our help, as they have been in the 49 years since this has been going on.”

Burnett, medical director of the African Methodist Episcopal Church International Health Commission, whose denominational leaders condemned the Dobbs decision, said AME leaders’ focus is to foster women’s “education around what their choices are and what their options are, but not to become a transportation hub or to actually advocate abortions.”

Most immediately she is concerned that with clinics closing, women will be deprived of ancillary services, such as physicals and breast and cervical cancer screenings. She hopes more churches in her denomination will serve as locations for community health services. 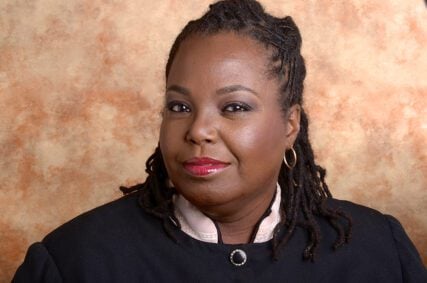 “We are working to try to institute community health centers in many of our churches that have expressed interest,” she said, along with approaching others who have the space for such centers.

Other sources’ data varies widely and there is much division on this hot-button issue, but there is nevertheless broad agreement that Black women disproportionately seek abortions in the United States, often due to economic and social reasons. 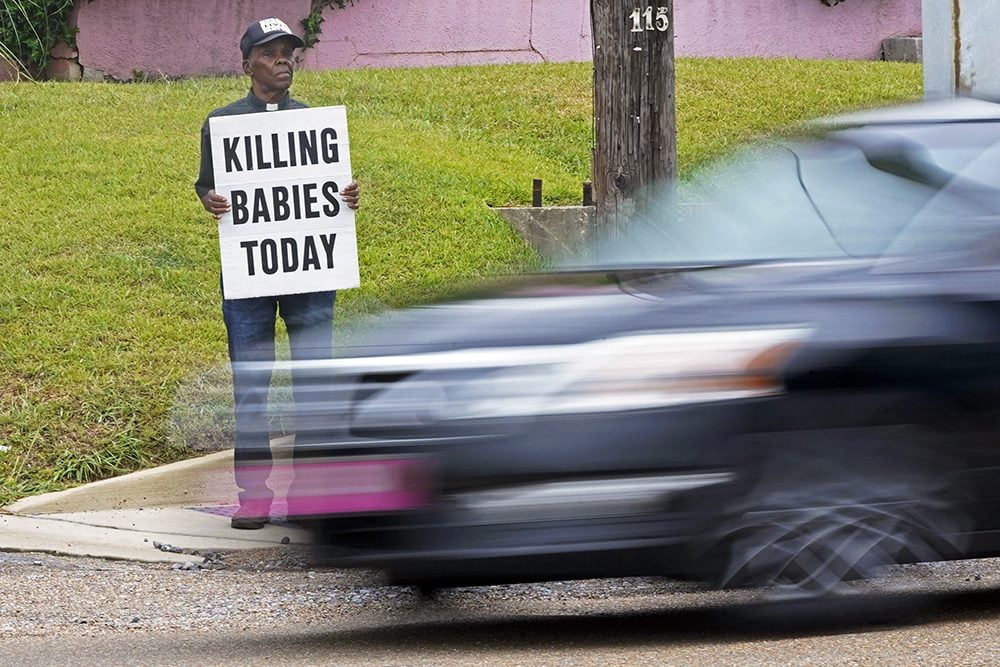 Anti-abortion activist E.C. Smith, stands outside the Jackson Women’s Health Organization clinic with his message sign as traffic rushes by in Jackson, Miss., Monday, June 27, 2022. Aware that the clinic, only had limited staffing and were not performing any medical procedures, he said he had made a pact with God to protest every day outside the clinic until all abortions ceased. On Friday, June 24, the U.S. Supreme Court overturned Roe v. Wade, ending constitutional protections for abortion. (AP Photo/Rogelio V. Solis)

This has affected the immediate response of many faith leaders of color to the Supreme Court’s overturning of Roe v. Wade. No matter where they are on the spectrum of opinion about abortion, prominent pastors and institutional leaders have said holistic solutions for women of color are crucial.

Tony Evans, an influential Dallas pastor, called for compassion on the part of Christians, speaking of “humbly” celebrating Justice Samuel Alito’s opinion in the Dobbs case: “(M)ost importantly, women should never have to bear the challenges of an unplanned pregnancy on their own,” he said. “We, as the body of Christ, should come alongside those in need through spiritual and tangible support.”

The AND Campaign, a nonpartisan Christian think tank with predominantly Black leadership, used similar language, referring to “Whole Life,” in a statement. The group declared its opposition to criminally prosecuting women who seek or have an abortion. “God loves women who’ve had or considered abortions and so do we,” it said. “Christianity is more than just a list of prohibitions; our faith also affirmatively commands us to love others with compassion and self-sacrifice. Our conviction to help suffering women and children should match our convictions regarding the unborn.”

But despite their caring approaches to women with unexpected pregnancies, Black clergy in states such as Tennessee will pursue their different strategies as new restrictions come into force.

Bishop Vincent Mathews Jr., COGIC world missions president, predicts that if the number of abortions decrease and pregnancies increase, “our work will intensify,” through operations like the Kingdom World Missions Center.

The Rev. Earle J. Fisher, pastor of Abyssinian Baptist Church in Memphis who sits on Planned Parenthood’s Clergy Advisory Board, described his city as being on “the precipice’’ of three southern states — Arkansas, Tennessee and Mississippi, all of which have or likely soon will ban most abortions. He plans to continue supporting women’s access to reproductive health care, including abortion.

Asked about being part of clergy efforts such as the earlier or possibly renewed Clergy Consultation Service that helped women access safe abortions in the years before Roe, he said he had not yet been part of such discussions. 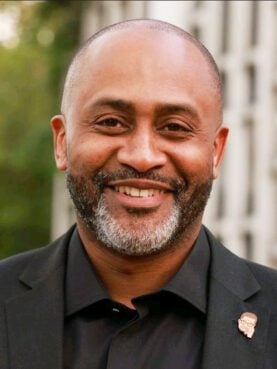 “I know that it’s possible that they may be necessary in the very near future,” he said. “Especially when we think about how these rulings include even people who have been impregnated by means of rape and incest, I think it’s heinous, I think it’s unholy to use this type of governmental overreach into the lives of everyday people.”

“Memphis is ground zero,” he said, noting that the needs must be met in the midst of a variety of religious perspectives. “But I still believe in the Black church’s ability and capacity to be innovative and inspirational to meet the needs of our people.”

Many Black Christian leaders also say the Dobbs decision demands that their constituents vote to give their communities a voice on the issue.

“We remain in solidarity with the black, brown, and poor people who this decision will disproportionately impact,” said AME officials, including bishops and social justice leaders. “We ask each member to recommit to vote in every upcoming election to ensure that human beings are treated with equal dignity and respect and given equal access to resources.”

In early May, when Alito’s draft opinion appeared, the Rev. W. Franklyn Richardson, chairman of the Conference of National Black Churches, said that any push for congressional legislation to codify Roe would prompt the “awakening” strongly needed in the African American community ahead of the midterm elections.

After the release of the actual opinion, Richardson added that he plans to support churches in the states where the right of abortion has been removed.

“The Supreme Court’s ruling did not simply empower states to ban abortions — it gave them a license to put the lives of millions of Black and poor women at severe risk,” he said.

Slow spin of early galaxy observed for the first time

How We Did It: Collecting Oral Histories to Preserve the foolsFURY Legacy

At Tyre Nichols’ funeral, VP Harris and Sharpton among those praying and promising…

Under-$100 Blizzard Must-Haves From Walmart

Additional inmates will be released Friday to mandatory supervision – WBRC