VICI Properties To Sell Up To $927.36 Million In Shares 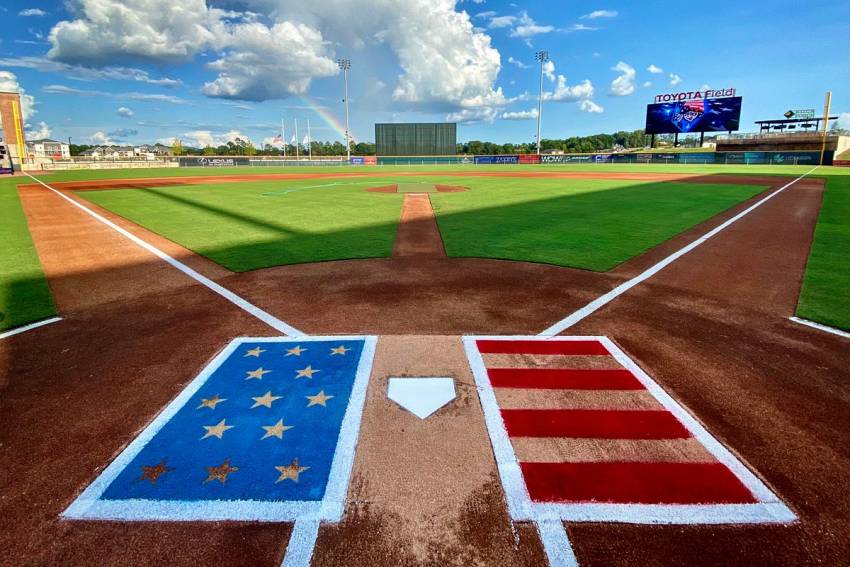 MADISON, Alabama – The Fourth of July serves as a reminder about what was a part of the New Orleans sports scene until three years ago – minor league baseball.

Outside of opening day, the Independence Day holiday is usually the biggest on the minor league calendar – a likely sellout on an evening ending with patriotic-themed fireworks.

New Orleans lost its franchise to Wichita, Kansas, following the 2019 season. With word already out that the team would leave, its average attendance for the final season was 2,939, 40 percent below every other team in the 16-team Pacific Coast League.

While minor league baseball has undergone major changes since then – moving its operation under the auspices of Major League Baseball and reducing the number of affiliated teams by more than a third to 120 – could our area once again be a home to the sport?

Here’s the story of an area that had minor league baseball, lost it in the last decade, got it back and is now thriving.

From 1985-2014, the Huntsville Stars played in Joe Davis Stadium, which by the end of its run was the oldest facility in the Southern League.

The Stars were sold in 2014 and moved to Biloxi, Mississippi, for the 2015 season, becoming what is now, coincidentally, the closest minor league team to New Orleans.

The Stars were cellar-dwellars in attendance in the league in its final years, regularly averaging fewer than 2,000 fans per game in a 10,000-seat facility.

Even as the move took place, Huntsville leaders were optimistic of bringing a new team to the city. The former owner was hopeful of a new downtown stadium.

By 2017, that course had changed. An Arizona group, BallCorps LLC, entered an agreement to purchase the Mobile Bay Bears, who were also struggling to draw in an outdated stadium.

While BallCorps considered a half-dozen options, one of which was Baton Rouge, its primary target came to pass – a mixed-use development in this Huntsville suburb, with hopes of moving there for the 2019 season.

The move was a year later than originally hoped, and the 2020 minor league season got wiped out by COVID-19, but in May 2021, baseball returned to north Alabama.

Trying to regionalize the brand, the new team became known as the Rocket City Trash Pandas. And that mixed-use development, Town Madison, is anchored by 7,500-seat Toyota Field.

Fahrmann was in California when he got the call about possibly leading the new franchise. He flew to Alabama with some preconceived notions, all of which were pretty much blown away.

“Driving around the community,” Fahrmann said, “every house is huge, every church is house, all the construction was going on.

“It was almost too good to be true.”

In addition to the new stadium, a 700-acre “micro community” was taking shape around the park, featuring restaurants, hotels, retail, apartments and single-family housing.

“This whole area was owned by one owner (Louis Breland),” Fahrmann said. “They had a vision of taking this area, two miles wide, with the ballpark as the anchor.

“We’re a billboard on (Interstate 565, which runs between I-65 and Huntsville). We keep our video board on almost all night. People see us every single day. We’re right in the thick of it.”

Additionally, the region is rated among the best in the nation to live.

”There’s so much going on,” Fahrmann said. “NASA, the rocket center, the FBI is moving down here. It’s quite appealing to get back into baseball.”

Why has it worked? Brick and mortar is only part of the experience.

“We can get people to a brand new shiny ballpark once,” Fahrmann said. “But if it’s crickets, it’s boring, they’re not going to keep coming back. Whether we’re up 15-0, down 15-0 or it’s a tight game, we have to keep people entertained.”

Knowing that entertainment was key, Fahrmann brought in Lindsey Knupp, his former colleague in Lehigh Valley, to serve as vice president of marketing, promotions and entertainment.

A recent Thursday night at the ballpark certainly suggested Knupp’s biggest goal – fun. Even though the Trash Pandas lost 19-4 to the Montgomery Biscuits, about 2,000 fans stuck around until the end. Many things were reminiscent of the early days of Zephyr Field.

The stadium is nice, but the identity and atmosphere inside the stadium are more important, Fahrmann said.

“We could have done this at Joe Davis, I think. It’s very important with the entertainment side of things. As long as the fans are entertained, they’re going to keep coming back. We have a lot of baseball purists that went to all the Huntsville Stars game, and they still love it, because we’re still playing baseball. Any second or any opportunity between pitches, we still get fans into it. The same thing in between innings. We squeeze as much entertainment in as much as we can.”

Back to the beginning – can New Orleans get back in the minor league game?

In 2020, a local group led by former Southern League president and Saints executive Arnie Fielkow and former local minority partner Walt Leger looked into opportunities, but that was during the transition of the operation of minor league baseball to the MLB umbrella, and with it the reduction to 120 affiliated teams.

In that process, some of the weak links in the sport – the types of teams that were typically bought, and then relocated – were effectively eliminated.

Would it take a new stadium to get baseball back? At minimum, the Shrine on Airline would have to undergo a significant renovation – and with guidelines for hosting affiliated teams ramping up by the middle of the decade, those costs will only increase.

For now, without baseball, a plan to renovate the Shrine into a configuration more suitable for rugby, soccer and high school football is being considered. Coincidentally, a similar plan, at a cost of nearly $30 million, is underway in Huntsville to renovate Joe Davis.

Fahrmann said there are more important things than a new ballpark.

“Find the right identity, get your local community involved in the planning of it to get their buy-in, let the community speak and decide,” he said. “Would you prefer a nice new taxpayer dollar ballpark, especially with today’s dollars and supply chain issues?”

For a place like Rocket City to sustain success, the continued buy-in of the community is key.

“Ten years from now,” Fahrmann reminded, “this isn’t going to be a new ballpark.”

But for now, the combination of a new ballpark and the fun inside of it has made for a winning combination in Madison.

6 springtime farmers’ markets where you can support local – Bham Now