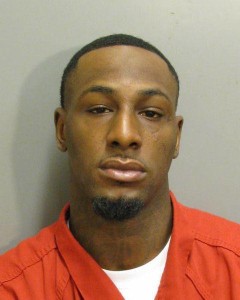 Montgomery police say a Montgomery man has been charged with capital murder in the death of a two-year-old boy.

Police say on Tuesday at about 2:40PM, they and fire medics were called to the 3600 block of Berkley Drive to a call of a person deceased. Investigators say Haggard, Jr. had sustained fatal injuries and was pronounced deceased.

The boy was pronounced dead at 3PM on July 5 at Baptist Medical Center South.

Haggard, Sr. has been taken to the Montgomery County Detention Facility.

Police have released no other information, but are asking anyone with information to call Central Alabama CrimeStoppers at (334) 215-STOP.

Maude Apatow Talks Family, Beauty, and Things to Do in Paris