Cryptocurrency tech is vulnerable to tampering, a DARPA…

The UN’s positions on Israel are not gospel. Why do Christians cite them?


(RNS) — Observers of mainline Protestant denominations and major ecumenical organizations have grown accustomed to an inescapable reality: Many of these groups are inordinately focused on Israel. Christian denominational conventions routinely debate more resolutions on Israel than on all other countries.

This focus almost never takes the shape of positive recognition — or of expressing true understanding, let alone solidarity, over the exceptional threats faced by Israel’s citizens. Rather, within key church institutions it has become rote to single out Israel, the Middle East’s only diverse democracy, for condemnation.

In recent weeks, the Presbyterian Church (U.S.A.) passed polemical anti-Israel motions at its annual general assembly. The World Council of Churches recently elected as its next general secretary a pastor who has made inflammatory statements about “the Israeli Zionist project.”

Indeed, the attention paid to Israel by Christian leaders doesn’t stop at criticism, but often manifests as vilifying — and is accompanied by punitive actions, such as boycott measures, not extended to Israel’s adversaries or the world’s most abusive regimes.

No government is beyond fair reproach, and there is no perfect country. Israel, too, is imperfect — but so certainly are its circumstances.

Where criticism of Israel crosses a line is in delegitimization, demonization and double standards. If a religious institution sees only wrong in Israel, and suffering only among Palestinians, something is amiss. If a moral leader inveighs against deficiencies in Israel’s democracy but not in Arab autocracies, this is not prophetic witness but prejudice. The same applies to whitewashing Jews’ national rights and identity but sanctifying Palestinian nationalism.

In Israel, after all, Arabs enjoy far more civil liberties than they do in Arab countries. Far fewer Arabs have lost their lives to Israel over 75 years than have been killed in Arab countries over the past 10. And since 1948, while the Jewish population of Arab lands has plummeted from around 850,000 to barely 4,000, the Arab population in the Holy Land has increased from approximately 1.3 million to nearly 7 million. Meanwhile, in a rarity for the Middle East, the number of Christians has grown in Israel.

Not least significant, Israel — one of the world’s smallest countries — has undertaken extraordinary risks, sacrifices and overtures for peace, repeatedly receiving intensified violence in return. Israel has maintained Islamic administration of Jerusalem’s Temple Mount, Judaism’s holiest site, restricting Jews’ own ability to pray there. Regional extremists — including Iran, Hezbollah and Hamas — openly seek not coexistence or territorial compromise but the destruction of the Jewish state within any boundaries.

Those accusing Israel — and Israel alone — of “apartheid” should observe the ubiquity of hijabs and keffiyehs in government offices, shopping malls, hospitals and universities there, and consider whether people would similarly wear a kipah or Star of David in Ramallah or Jenin. Those asserting that Jewish statehood and pluralism are incompatible might explain why the same logic is not applied to the dozens of states whose flags feature a crescent or a cross.

Too many Christian bodies are willing to renounce anti-Jewish hostility of the past but not in the present. Today, dehumanization of the half of the world’s Jews who call Israel home — and denial of their roots in the Jewish ancestral homeland, something endemic in official Palestinian discourse — incites unending, indiscriminate attacks against both Israelis and diaspora Jewish minorities.

How can we explain important church groups’ preoccupation with, and stridency on, Israel? Undoubtedly, most Christians are not characterized by some primitive antisemitism, and most want only to promote peace and reconciliation.

One answer, of course, is the Holy Land’s special status. Another is the effectiveness of a vocal core of activists, mobilizing selective facts, a simplistic narrative of Palestinians as underdogs and often a fringe element of tokenized Jewish allies. Yet another explanation is that some denominations feel answerable to an Arab Christian constituency — and do not face ramifications for lambasting Israel in the way they might if targeting Arab governments. 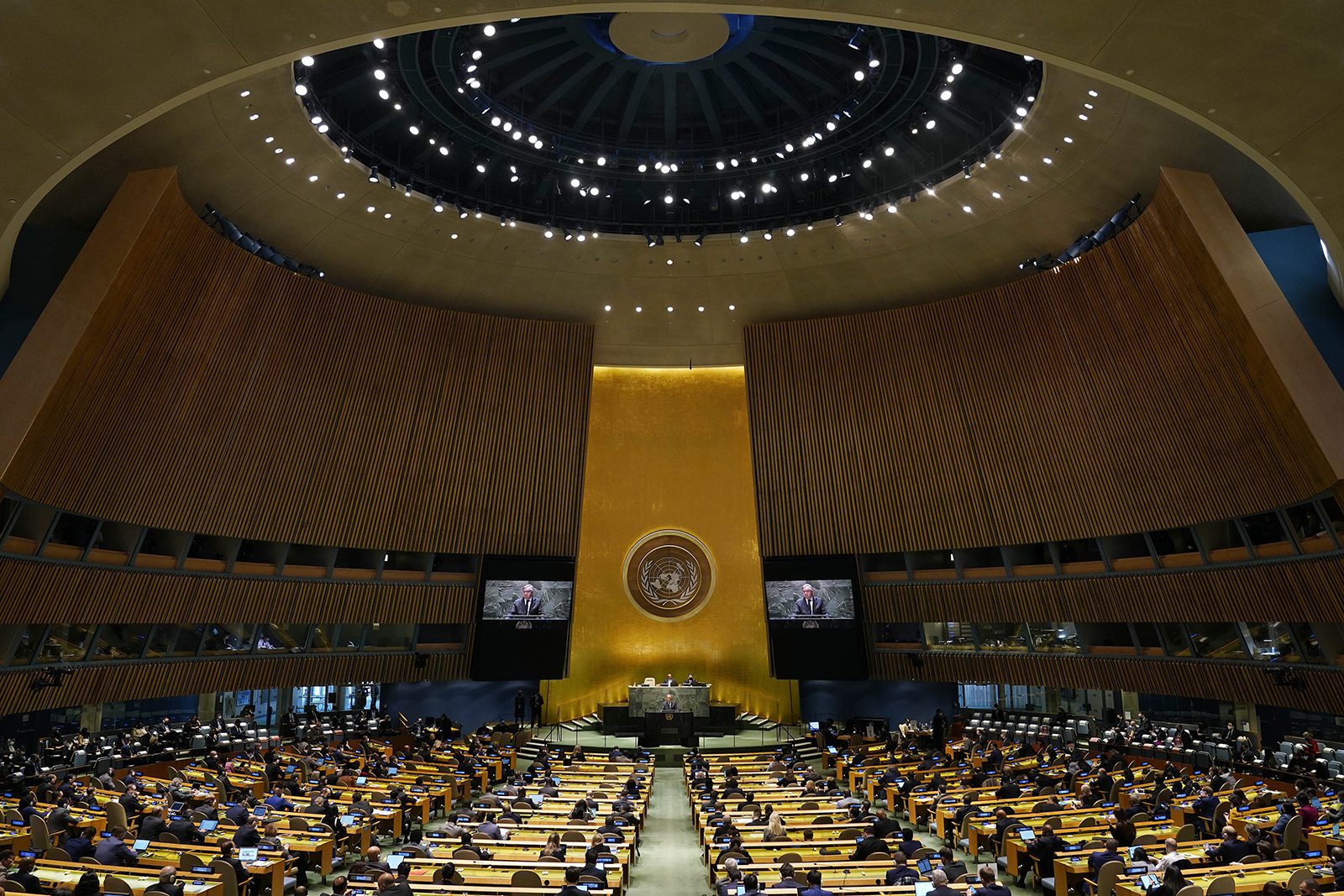 One more factor, though, is the part played by the United Nations.

U.N. resolutions, reports and statements perennially comprise a backbone of ecclesial and ecumenical decisions against Israel. Last week’s anti-Israel motions by the Presbyterian Church (U.S.A.) extensively cited U.N. positions on Israel. The World Council of Churches also defended its next general secretary’s rhetoric by simply saying it stood “firmly behind UN resolutions,” even as the incoming leader professed, “We are a faith-based — not a political — organization.”

But the U.N. is not an impartial or apostolic body. It is a political body, governed by geopolitics, not ethics.

Home to nearly 60 Arab and Muslim states but only one Jewish state, the U.N. itself condemns Israel more than all other countries combined — at the General Assembly, the World Health Assembly, even the Commission on the Status of Women.

The Human Rights Council, which seats serial abusers, maintains one permanent agenda item on Israel, another on all other member states. Arab countries have held seats on the Security Council, some recurrently, but never Israel. Dedicated U.N. divisions and personnel expressly promote Palestinian rights, but not Israeli rights. An “international day of solidarity” embraces Palestinians but no other peoples.

One U.N. agency serves Palestinian refugees, another all the world’s other refugee populations. A U.N. blacklist stigmatizes companies operating in Israeli-controlled lands, but not disputed or occupied areas elsewhere. The U.N. tars only Jews in their historic heartland as illegal “settlers” — and officially categorizes jihadist atrocities as terrorism, just not if targeting Israelis. The newest “commission of inquiry” on Gaza was populated exclusively with anti-Israel partisans — but only after the U.N. condemned Israel in advance. Hamas, which assaults Israeli civilians from among Palestinian civilians, wasn’t even mentioned.

This absurd record is not a reflection of Israel’s real-life saga. It’s not an expression of justice — and not something for churches to invoke, let alone emulate.

Ranking Democrats and Republicans have long deplored the U.N.’s bias, but some church activists would deride this stance as “political,” perhaps dictated by the “Israel lobby.” But these faith-based detractors fail to acknowledge political corruption at the U.N.

It’s time for all church leaders — representing more than 2 billion Christians, far outnumbering the world’s Jews — to discard a zero-sum view of power, merit and morality in the Middle East.

The U.N.’s is not a prophetic voice, and its pronouncements on Israel are not gospel.

(David J. Michaels is director of U.N. and intercommunal affairs at B’nai B’rith International. The views expressed in this commentary do not necessarily reflect those of Religion News Service.)

State Department blacklists are only one tool to foster international religious…

Some churches leave UMC through formal process; others are suing