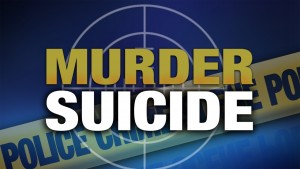 An apparent murder-suicide is under investigation in Lee and Chambers counties.

According to Lee County Coroner Bill Harris, at about 1:30 PM Sunday, the Lee County Sheriff’s Office got a call from Chambers County authorities asking them to conduct a welfare check at a residence in the 6000 block of U.S. Highway 29 in Cusseta.

Deputies made a forcible entry into the home and discovered the body of 47-year-old Quentinna James, who had apparently been shot.

Harris says what led to the welfare check was due to her husband, 42-year-old David James, being found at an address on County Road 114 in Lafayette with a fatal gunshot wound that was apparently self-inflicted.

Harris says it appears that this was a murder-suicide and is believed that David James shot his wife and then went to Lafayette before killing himself. Both bodies have been taken to the Alabama Dept. of Forensic Sciences medical examiner’s office in Montgomery for examination.