One man is behind bars tonight — and two women are hurt — in a shooting at a Pine Hill apartment complex. 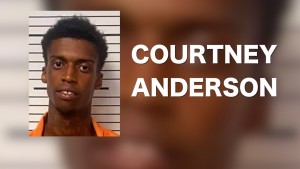 Pine Hill Police Chief Nikisha Gailes says Anderson was dating one of the victims. And the shooting stemmed from an argument between the couple from earlier that day.

“Left him there at the Peachtree Apartments. Went to pick up her cousin and they later came back. At some point both females got out of the, exited the vehicle. And they had some words and then shots was fired,” said Gailes.

Shots that left a bullet hole in one apartment window. And has one resident concerned about the safety of his young son — and the other kids who live there.

“Stop the violence. Cause we all need to get along and live. So, these kids can have a future.”

The shooting remains under investigation.