Microsoft Defender brings online and local protection to all platforms


Microsoft has launched its Microsoft Defender app for all four major platforms. Available as part of the Microsoft 365 service, it is designed to offer protection against online threats as well as local ones.

Not to be confused with Windows Defender (now Windows Security), the new Microsoft Defender app is designed to provide a one-stop solution for your security needs. On Windows and macOS, Microsoft Defender will work alongside the built-in or third-party antivirus, while also providing protection against phishing attacks on the internet. The app will also show the security status of your other devices where the app is installed and provide security alerts. 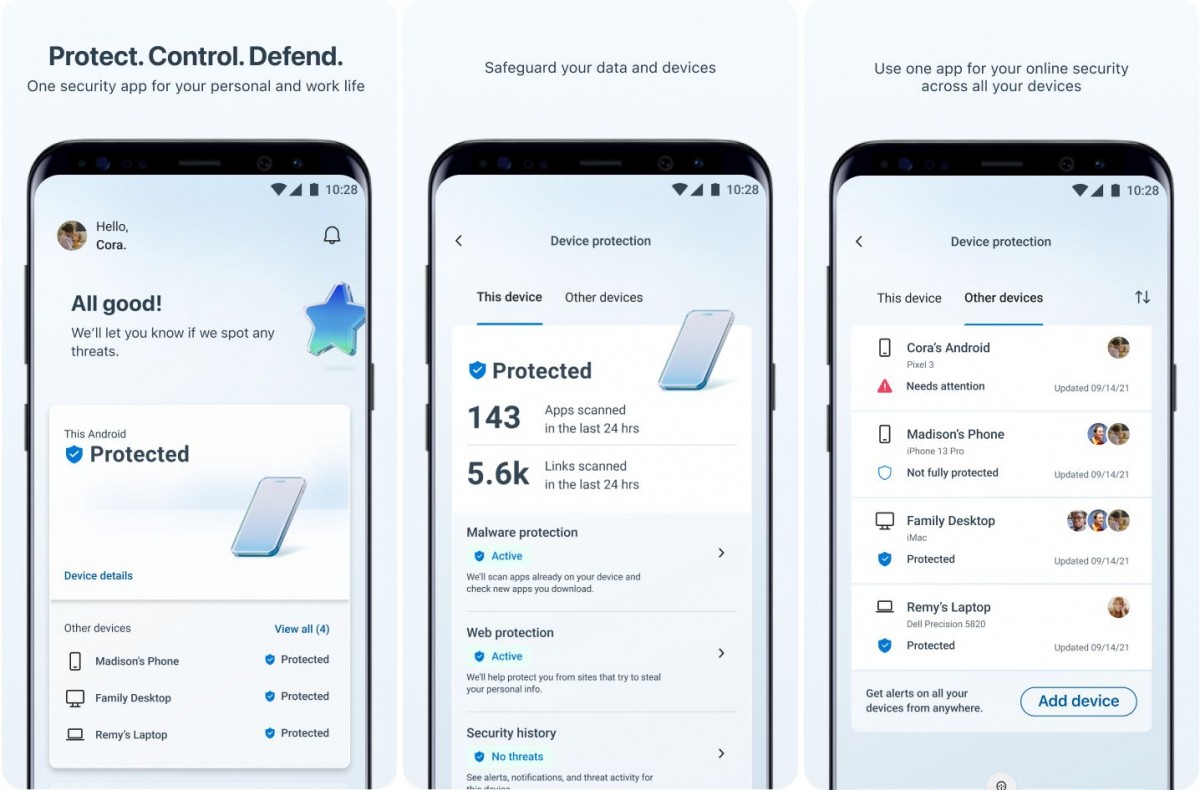 On Android, Microsoft Defender includes its own antivirus along with malware scanning for currently installed and newly downloaded apps. It also provides web protection like the desktop apps. The iOS app is the least useful, as it only includes web protection but like the other apps you can see the security status of your other devices where the app is installed.

The app is a free download on all platforms but requires a Microsoft 365 subscription.